Well, I got first place in humour for Strong and Stable. 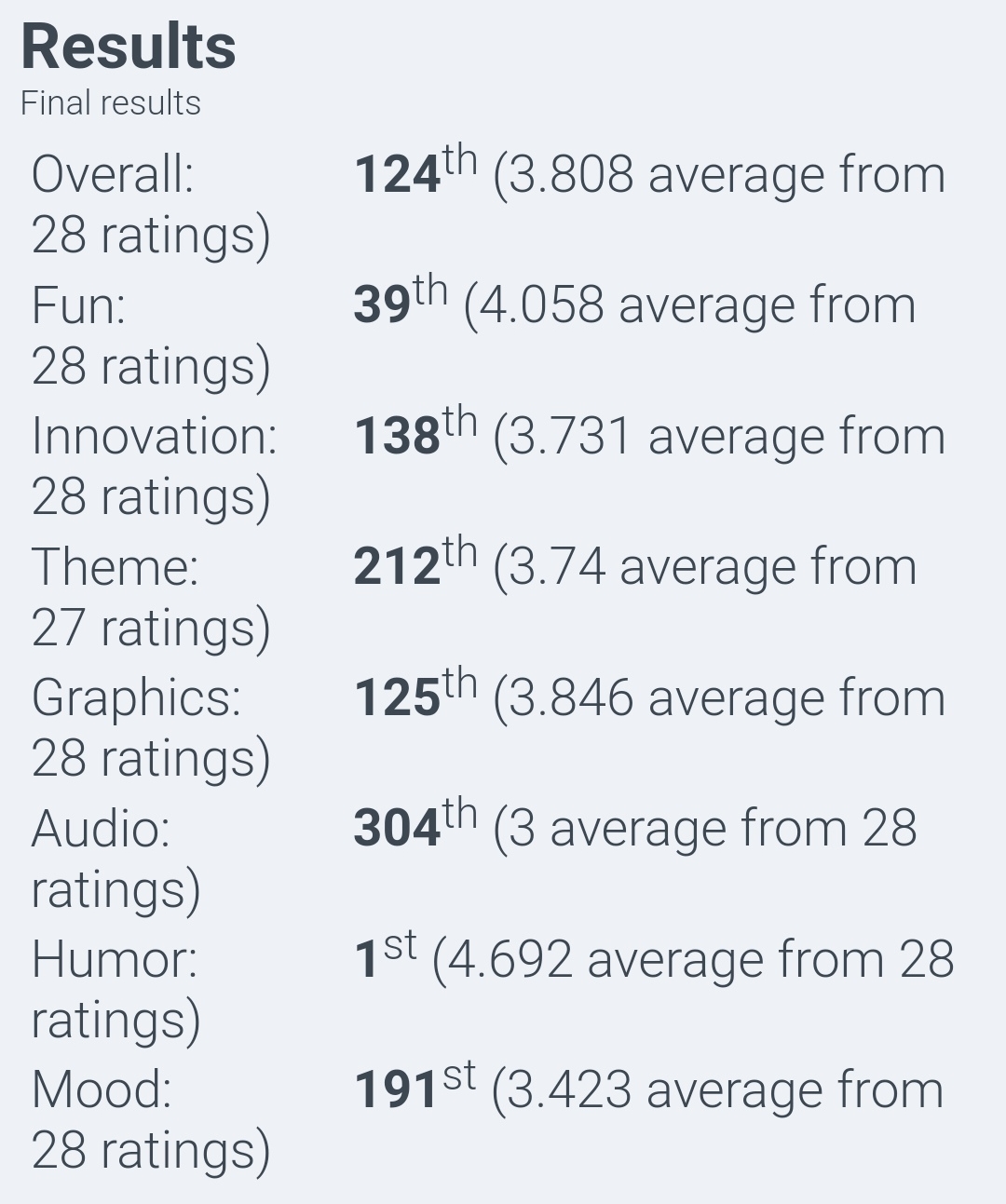 I'll be honest, I don't really know what to think! Getting a high position in an LD has always kind of been an ambition, but I never thought it would happen like this! Strong and Stable was made to be a silly joke, and apparently it worked. Not too bad for a day and a halves work!

There's also a bunch of posts I've been meaning to write. September was super busy and as I haven't really had a chance to write anything there's lots that has been rattling around my head. I feel like I need to get some of it out. A general update about September, some music "reviews", a Strong and Stable post mortem... Plus I've been working on the Game Boy Zero, Canada bits have been moving a bit too, and we're still going through boxes and tidying before moving... Writing it like this makes me realise that there is quite a lot going on.

permalink | posted by nathan on Friday, the 22th of October, 2021, when he should have been getting ready for bed