"That was art." was my reaction to seeing Hamilton for the first time. It was around the time that Beth and I had moved in together in London, and one of our friends (and, to be honest, the whole internet) was raving about Hamilton. It had recently opened in the West End, and Beth's Dad managed to get us some very nice tickets through someone he knew.

Going in, I was a little bit cautious. There was a huge amount of buzz around this musical, and I'm usually a strong believer of "don't believe the hype" until I've seen things for myself. For Hamilton though, it was fully justified. I left the theatre not just deeply impressed with the music and lyrics, but also genuinely moved by the story and the ideas presented: the importance of hard work; the value in having beliefs and views and discussing and vocalising them; the concept of your legacy; the absolute truth of the lines "When you got skin in the game, you stay in the game/But you don't get a win unless you play in the game"; and the deep, yearning desire I get to do good in the world and do something with my life when Hamilton clatters out

Burr, we studied and we fought and we killed
For the notion of a nation we now get to build

A large part of what I think makes Hamilton exceptional are the musical themes and leitmotifs that build and develop throughout. Taking a single line "Look around at how lucky we are to be alive right now", we can see that the line is:

As I was writing this, I also realised that "Look around" is used with "Isn't this enough" a number of times as well, which also ties into the concept of being satisfied; it's all interlinked and builds on itself to create a complex web of emotions tied to a single lyric (or even just a single word). This comes to a head in Hamilton's final speech (song? poem?) in "The World Was Wide Enough". Explaining what is happening in Alexander's head the fractions of a second before he dies is a difficult task, but by using and leading on the previously built up motifs, the speech pulls you through all the different, complicated emotions and provides an incredibly powerful and impactful exit for Hamilton.

We went to see Hamilton for the second time last week. We're trying to finish off everything we want to do in London before we leave for Vancouver, and seeing Hamilton again was very high on the list. The seats were a lot worse than the first time, and I was also worried that the performance itself wouldn't live up to my memory of it. I should have known I had nothing to worry about. 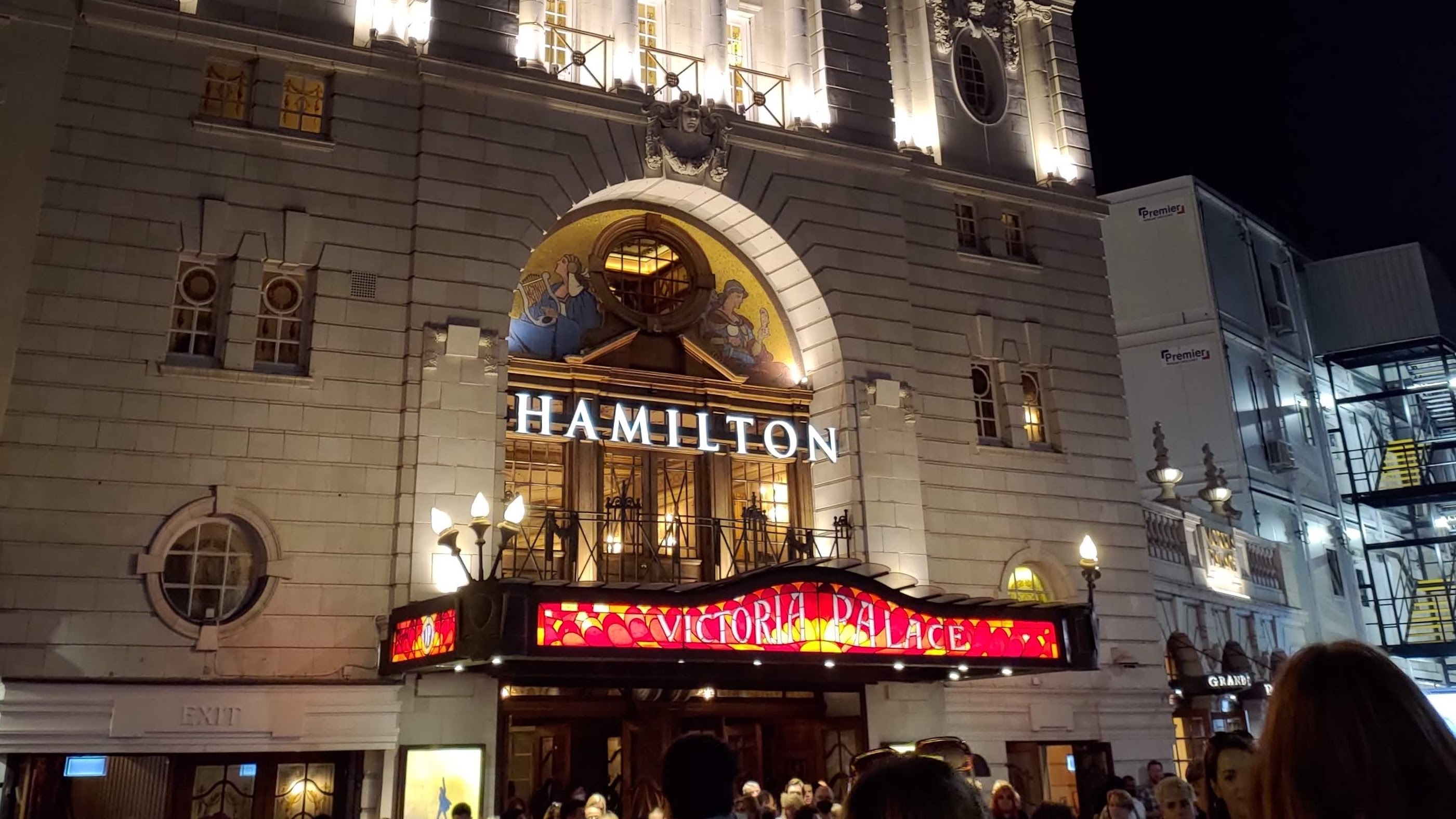 permalink | posted by nathan on Sunday, the 12th of September, 2021, during the most productive hours of the day